Since 1985 Founded In Delaware

Look for our sign with the real grand piano on top!

Mike's goal was to be the #1 keyboard company in the USA.

Mike opened his first store in TAX FREE Bear, Delaware called the Music Box Limited. Mike had financial partners and it wasnt working out. Mark McNeary, who back then was the area sales rep with the Lowrey Organ Company a competitor to Wurlitzer music stores amde it possible for Mike to be on his own. Mark gave him his own first store in Leweston Maine which was one of 3 available stores. "LMD" Lowrey Mall Development was closing down all its factory owned stores and wanted to make sure who ever got them was going to be succesful. Mark eventually became the national sales manger for Yamaha. Mark McNeary from Lowrey organ made this all happen for Mike because of Mike's 11 years of hard work, long hours and dedication to the piano and organ industry and proven track record.

After 2 years in Lewiston Maine, Mike moved his entire operation back to Delaware and it became Michael G's Music & Electronics in 1984 eventually generating over a million dollars a year in gross sales in the Wilmington Delaware and Philadelphia Market. In 1998 Mike opened Keyboardamerica.com in Lewes, De and was a second operation as the internet became Mike's vision for the future.

Within the first month, Mike's goal was to own his own store.

Mike knew he could do it with hard work, long hours, and dedication to his customers. Staying in one place and doing what was right for customers was key. In order to be succesful, Mike needed to get referrals from both teachers and his customers and not just rely on walk in traffic. That was his training from the Wurlitzer Way Training Course to selling pianos & organs. He followed his training and became one of only a few people who wound up as an owner.

Mike has a very extensive background in the piano & organ industry.  For 11 years, Mike was not only a performing artist and played concerts for Wurlitzer, he was also considered one of the top employees at Wurlitzer that was counted on by Wurlitzer to go in and turn around under performing stores all over the Philadelphia, South Jersey stores, and also the North Jersey, New York Market within the Wurlitzer Chain. While Mike didn’t think he would be selling the rest of his life, he found out that he really loved helping families begin their adventure in music education.  Over his selling career, Mike met many people which led to performing in a lot of different venues.  There have been TV appearances with Jack Jones & Phyllis Diller, just to mention a few.  Mike's most remembered performance was for Princess Catherine Caradja of Romania during the P.O.W. reunion held here in the United States.  Mike also played the organ for Major League Baseball for many years all over the world including places such as London, Germany & Holland and many other countries. He also played the Organ for the Wilmington Blue Rocks the single A team for the Kansas City Royals in Delaware. While with the Blue Rocks, Mike received many honers from baseball and MLB. Then Senator Joe Bidon of Delaware wrote Mike a very nice and personal letter, letting Mike know that he spoke about Mike to Congress and what he meant to Delaware with not only The Blue Rocks but all of Mike's playing for numerous types of Events in Delaware.The letter from Bidon and the official Congressional Record hangs proudly in Mike's Store.

Mike is also the go-to guy for most of the major insurance companies' insurance claims nationwide.  He still has all the documentation, blue books, and manufacturer information on all makes and models dating back to the 1800’s.  Mike says that he has had an exciting life with the invention of keyboards and digital pianos. He is freqently asked by manufacturers for advice and what customers are looking for.

Mike decided it was time to open his own stores where he could make all the decisions and run the company to his standards.  Mike does all your shopping for you by attending the industry trade shows and is a walking encyclopedia when it comes to keyboards, organs & pianos.  When shopping at our store or online, he can ask you a few questions that will help find the right product for you in the price range you feel comfortable with.  We always offer the most keyboard product for the least amount of money!

Our whole staff has been trained by Mike and you can expect to get the best overall experience no matter who you talk with.

Mike goal is to sell only trouble-free product with the expectation to last a lifetime and give your family years of musical enjoyment!  Sound & user friendly product is most important to us & to you.  Mike has been in the music retail business now for over 40 years, and is always available by phone as he is a working owner.  Call Mike at the showroom @ 302-644-9375.  You can also reach Mike on his private line @ 1-800-280-Mike. Mike also owns Sports Music Inc, which designs and installs sound systems in baseball & football stadiums as well as in churches. 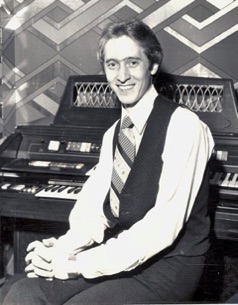 First Day On The Job 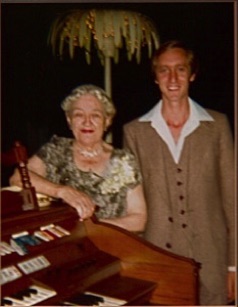 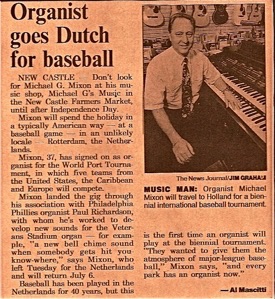 Mike Plays His First Game for