Since 1985 Founded In Delaware

Look for our sign with the real grand piano on top! 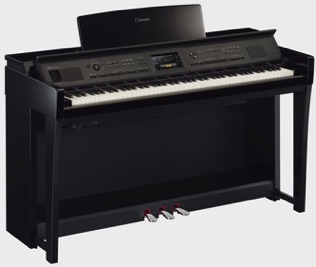 Among the 1,605 on-board Voices in the CVP-809, there are plenty of non-piano Voices. In combination with the wide array of backing Styles, you'll be able to enjoy great-sounding performances with polished introductions and endings and authentic band and orchestra accompaniments across a wide array of genres, including jazz and pop.

Play your favorite tunes as they are written, or try your hand at arranging and recording your compositions with built-in USB Audio recording. 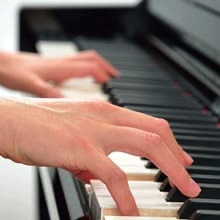 Featuring incredible Voices from the CFX—the finest Yamaha concert grand piano—and the legendary Bösendorfer Imperial, CVP Series Clavinova possess a sonic palette that is simply stunning. Every key has been sampled individually, and thanks to binaural sampling techniques, the CVP Series provides a fully immersive concert grand piano experience, even when using headphones.

This superb sound has been paired with the GrandTouch keyboard, which allows pianists to play with nuanced dynamics through the entire range of the instrument, and faithfully reproduces the individual differences in the weight and return of each key. 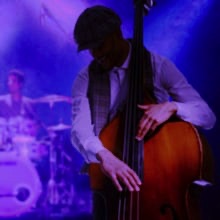 Featuring a wide array of backing Styles, the CVP Series allows you to enjoy great-sounding performances with polished introductions and endings, delivering authentic accompaniments that will enhance your playing across a diverse range of musical genres. In the CVP-800 Series, these accompaniments come with dramatically improved sounds, enriching your performances. 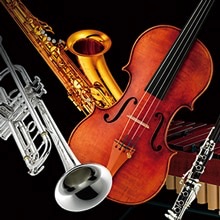 From breathy saxophones to ringing guitars and warm, resonant strings, the CVP Series features an impressive collection of natural instrument Voices. Thanks to acclaimed Super Articulation technology, the distinctive characteristics of each instrument are reproduced in incredible detail as you play. 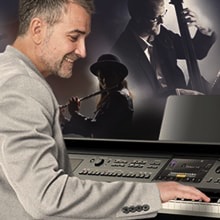 Dive into the band experience

The CVP-800 Series boasts astonishing spatial acoustics and ensemble functionality so realistic that you can almost feel the presence of the other performers around you.

Connect a microphone to your Clavinova and enjoy fun and inspiring Karaoke features. The CVP Series can mute the vocals of songs from your audio music library, and you can view song lyrics* on the LCD screen and change the tempo and pitch of the songs themselves. The CVP-800 Series will even add natural harmonies to your voice as you sing. 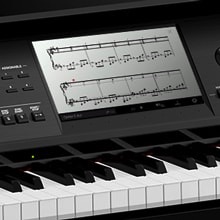 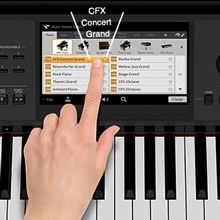 Guide lamps and touch panel linked with the on-screen score

Purchase MIDI data from the Yamaha MusicSoft online store for a more intuitive playing experience. Practice songs by following the Guide Lamps, which indicate the keys to play while the bouncing ball on the screen follows the score

If you want it to, the Clavinova will even talk to you!

When Voice Guide* is active, the Clavinova will "speak" the information on the current display or what buttons are pressed. This allows those who have visual impairments to enjoy playing and using the instrument.

*When using Voice Guide, make sure that the USB flash memory containing the Voice Guide files is connected to the instrument. The audible information of the functions/screen supported by the Voice Guide is limited. 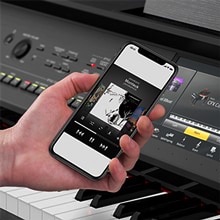 Play along with your favorite music using the Clavinova's built-in Bluetooth interface, or just enjoy listening through the CVP high-quality speakers.

With two world-renowned concert grand pianos available at the touch of a button, the CLP Series lets you choose the perfect piano tone for the music you want to play. Offering far more than just sampled sounds, the CLP-600 Series reproduces the Yamaha CFX concert grand and the legendary Bӧsendorfer Imperial in meticulous detail. 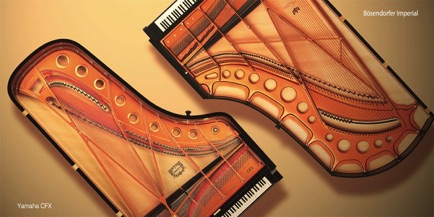 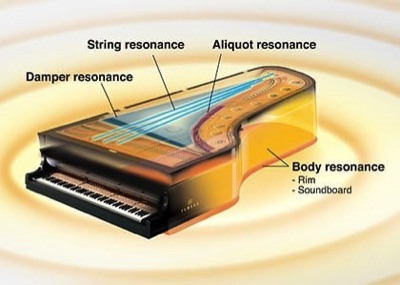 In a grand piano, sound resonates throughout the body of the instrument, producing a rich reverberation that envelops the listener in sound. This phenomena is reproduced perfectly in the Clavinova through enhanced Virtual Resonance Modeling (VRM). The original VRM calculates the various states of the strings for each of the 88 notes on the keyboard, from one instant to the next, and timing and depth of damper pedals pressed. The enhanced VRM now also calculates aliquot resonance in the upper octaves, and the full resonance of the soundboard, rim, and frame. This technology allows for vivid, bright, richly-varied expression that reflects the limitless number of factors inherent in piano performance. 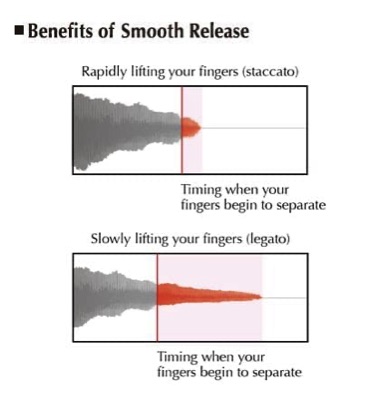 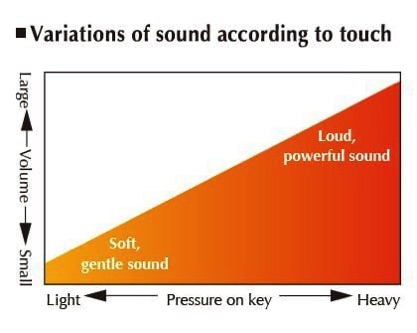 Sound in an acoustic piano attenuates over a long time. Pianists can change the volume of the sound—as well as its dynamics—to achieve both mellow and bright tones by simply changing the pressure they apply to the keys.

The Clavinova features long, carefully-sampled recordings of notes on a piano, reproduces them in rich detail and utilizes unique Yamaha technologies to achieve smooth tonal transitions in response to the touch of the player.

Additionally, the Clavinova has been repeatedly tested and adjusted by numerous pianists in order to attain a performance feel similar to that of a grand piano. 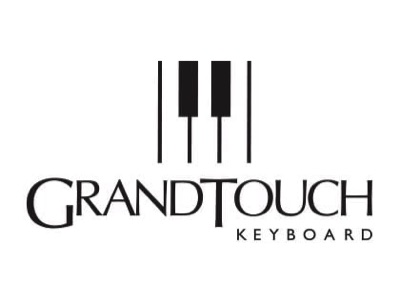 Grand Piano keyboards are characterized by a light feel when played gently, and a heavier feel when played with more strength. Conversely, a non-grand piano keyboard has a uniform resistance regardless of whether the player uses a gentle or heavy touch. This has traditionally been one of the most significant differences between the touch of a grand piano and that of a digital piano. However, when developing GrandTouch keyboard action, Yamaha sought to reproduce the true key resistance that is unique to the grand piano, with greater fidelity. The result is an instrument with a more responsive touch, offering a greater dynamic range than ever before. Now you can experience a much more controlled, nuanced sound when playing softly, or powerful, brighter tones when playing with a stronger touch — just like that of a grand piano.

Built on a Legacy of Concert Grand Piano Craftsmanship

Pianists prefer grand pianos not only because of the way they sound, but also because of the way the keys respond to their touch. When grand piano keys are struck, there is a certain weight or resistance to the touch. Similarly, when keys are released, they return to a resting position based on the balance between the key and the internal mechanics of the keyboard. It is difficult to reproduce the natural return of the keys of a grand piano in a digital piano, due to differences in the mechanics. Yamaha carefully studied these characteristics when developing the GrandTouch keyboard, and has now reproduced this fine balance in the Clavinova digital piano. The result is GrandTouch - detailed grand piano feel that allows for uniform tone control, precise rhythm and smooth melodic expression - fundamental to an exceptional musical performance. 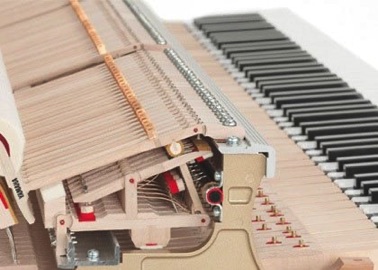 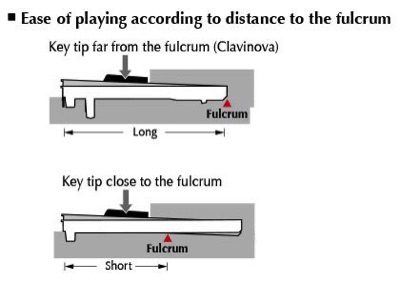 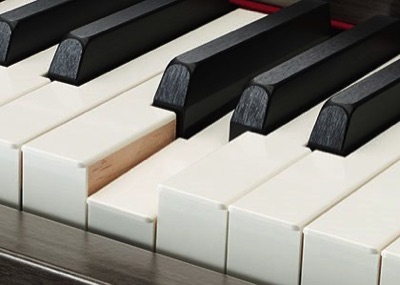 {}When playing a digital piano, the back area of the keys may prove to be a challenge to full musical expression. This is because the back of the key is closest to the fulcrum of the action. The closer to this pivot point that you strike the key, the less leverage you have and the more strength you need to apply. The greater length of GrandTouch keys give the player MORE leverage, allowing for better expressive control, even at the backs of the keys. This is the same support length found on the Yamaha S3X premium grand piano (as of April 2017), and is the longest support length used on any digital piano.

Our fingers are more sensitive than we think, and for pianists, the texture of the piano keys is extremely important. The GrandTouch keyboard features white keys made from the highest quality synthetic ivory, developed independently by Yamaha. The black keys are finished in synthetic ebony. Synthetic ivory keytops reproduce the tactile surface of the real ivory keyboards once used in older acoustic pianos. It features highly absorbent material that prevents fingers from slipping even after hours of practice, while retaining the ideal texture and feel. Resulting from well over a century of experience in making acoustic pianos, this exclusive Yamaha technology achieves a finish that feels natural and comfortable. In addition to the feel, the appearance and fine texture of these keys is unmatched by any other digital piano, and is sure to inspire pianists from the moment they experience it.

We Didn’t Let Any Detail Slide 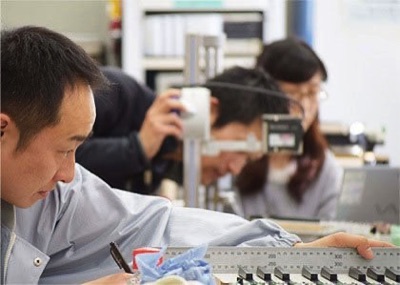 Our Design Philosophy for the GrandTouch Keyboard

The GrandTouch keyboard was developed with a clear awareness of the need to recreate the responsive feel of a grand piano.

For instance, one of the major characteristics of a grand piano is the wide change in key touch, from playing soft to striking the keys hard. Grand pianos respond to different ways of playing with different key touches—the keys move lightly when played softly, and the keys respond firmly when played strongly.

With the GrandTouch keyboard, Yamaha has considered the key mechanism and weight, as well as the key shape and friction that occurs during key travel. In doing so, we have widened the range of differences in key touch between lighter and harder playing. This lets you naturally sense the difference between louder and quieter sounds while playing.

What’s more, we have included a mechanism that simulates the lifting of hammers on a grand piano, recreating the feeling of escapement at the end of the key stroke. With this, the GrandTouch emulates both the release feeling that is unique to an actual escapement mechanism, and the feeling of stopping that comes afterwards.

We definitely encourage you to experience the GrandTouch’s highly realistic feeling of a responsive grand piano mechanism that keeps moving from the outset until escapement and then stops... and with this, the sense of control brought to your performance throughout the entire keystroke range.

The escapement mechanism in a grand piano moves the hammers away from the strings quickly after they strike them, in order to prevent any interference with string vibration. This mechanism produces a slight clicking sensation when the keys are pressed gently. Since Real Grand Expression offers players superb sound, touch and pedaling, we decided to create an escapement that delivers outstanding playability, repetition, and response without impeding performance. The Clavinova keyboards feature an escapement mechanism that reproduces this sensation near the bottom of the key dip. They have been designed in such a way that the click is discernible only on the lightest keystrokes, similar to the keyboard of a grand piano. These keyboards have been adjusted to provide additional friction that balances key repetition and response without impeding performance.

Counterweights are embedded in the keys of a grand piano to balance the weight of the hammers and offer more precise control when playing delicately at low volumes. The Clavinova features carefully adjusted counterweights for improved playability when playing pianissimo with a light touch, and better key return in rapid passages. The keyboard of the Clavinova has been fine-tuned to offer optimal balance, emphasizing its superb playability and grand piano response. 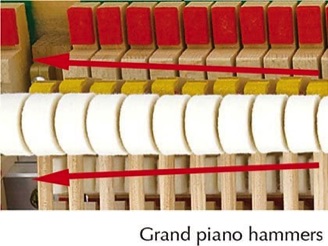 Every single key on a grand piano keyboard is weighted differently. This is because the strings for each note are slightly thinner and shorter in the treble register, becoming thicker and longer towards the bass register. The 88-key Linear Graded Hammers of the Clavinova is the first-of-its-kind to faithfully duplicate this graded touch with differing weights and key return on each one of its keys. This results in a feel and response that is astonishingly like that of a grand piano, and allows players to gain an appreciation of a more authentic touch. 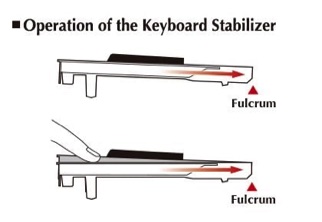 Keyboards fulfill the vital role of transforming emotion from your fingertips into sound and therefore, must be smooth to play in order to maintain superb touch for prolonged performances. That is why Yamaha has fitted Keyboard Stabilizers to all 88 keys, offering players a natural touch and improving the stability and durability of the keyboard 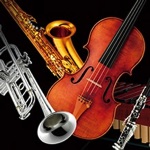 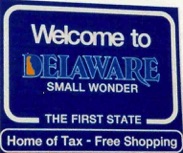 Sing along with Clavinova

Get All 3 Book Bundles for Mike's weekly